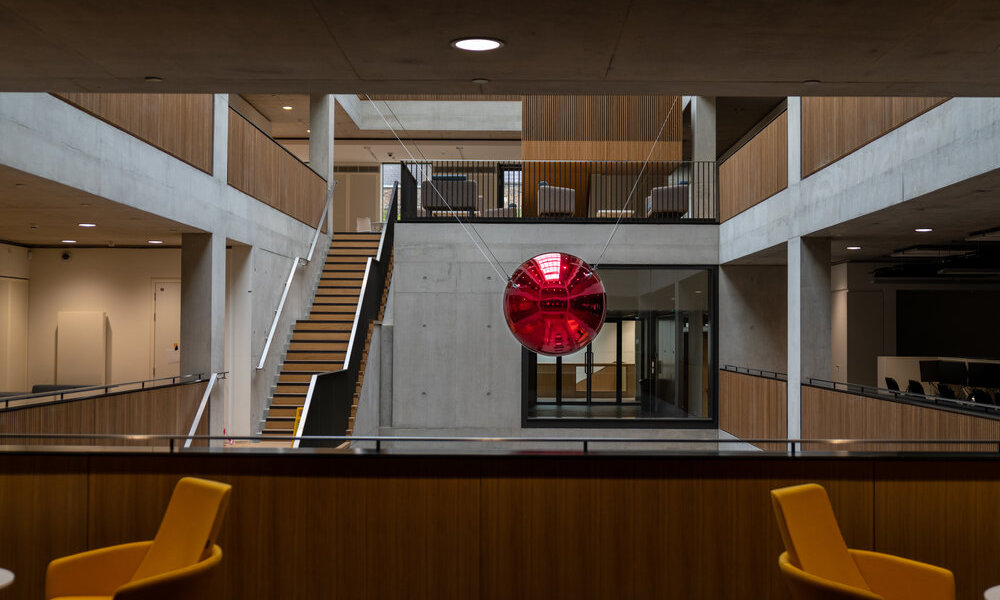 'Kinds of Life' is a large kinetic sculpture by Random International which was commissioned by Great Ormond Street Hospital as a permanent installation for their newly built Zayed Centre for Research into Rare Disease in Children. The artwork takes the form of a large red sphere, suspended on four winches within the main atrium of the building. The sphere moves constantly, guided by an animation algorithm and in reaction to the presence of people moving around within the space.

As part of the wider studio project team, my role within the realisation of this project was to develop the software for the animation and people tracking components of the sphere's movements. As part of the software development process, I carried out research into the movement and behavioural characteristics of various animals which would ultimately inform the movement of the sphere.

Using this research, I developed an animation algorithm which aimed to make the sphere appear alive and aware of its surroundings. In addition to its algorithm driven movement, an array of sensors was used to detect and react to the presence of people, both staff and visitors, within the walkways and rooms around the atrium.