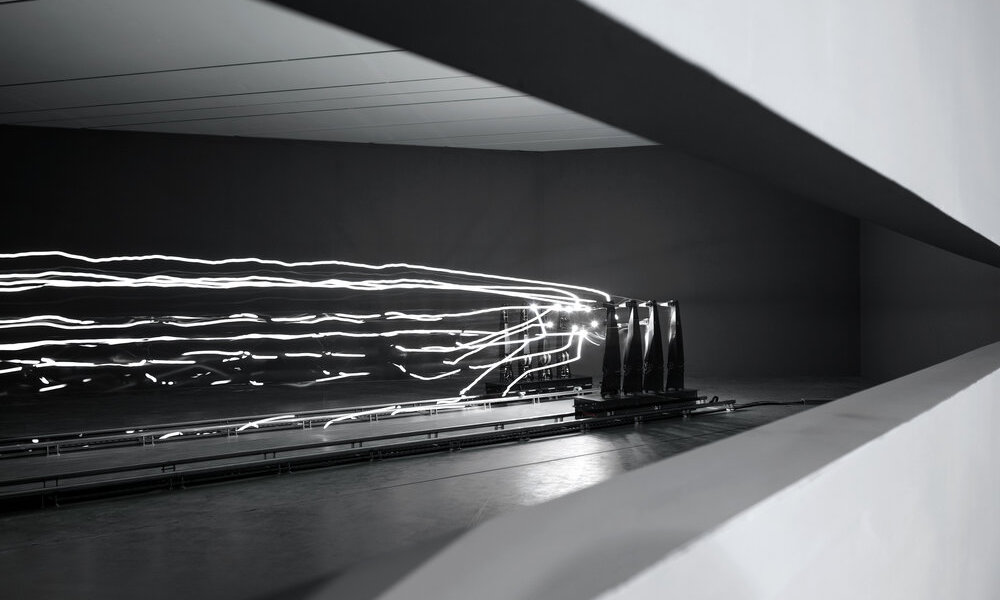 'Fifteen Points / II' is a large multi axis kinetic sculpture which seeks to explore the way in which humans perceive and recognise patterns within abstract simplified forms. In 'Fifteen Points / II', fourteen, three axis articulated arms 'draw' the various joints of the body in air, moving on synchronised rails to create the impression of a figure walking through the room. At the beginning and end of each walk cycle, the arms transition into and out of their identifiable humanoid form to a more machine-like static geometric form.

Building on several years of research and development by the Random International studio team, my role within the realisation of this project was in the development of the animation, control and viewer presence detection software. The animation component provides the means to take any calibrated humanoid 3D model with animation, allowing it to be represented by points of light which are positioned in realtime by the robot arms.

This animation is aided by the software's interface with a motion control system that drives the many synchronised motors that drive the arms through their animated positions. Finally, a detection system which determines the presence of people within the space around the sculpture was integrated into the software to only trigger the movement when viewers are present.